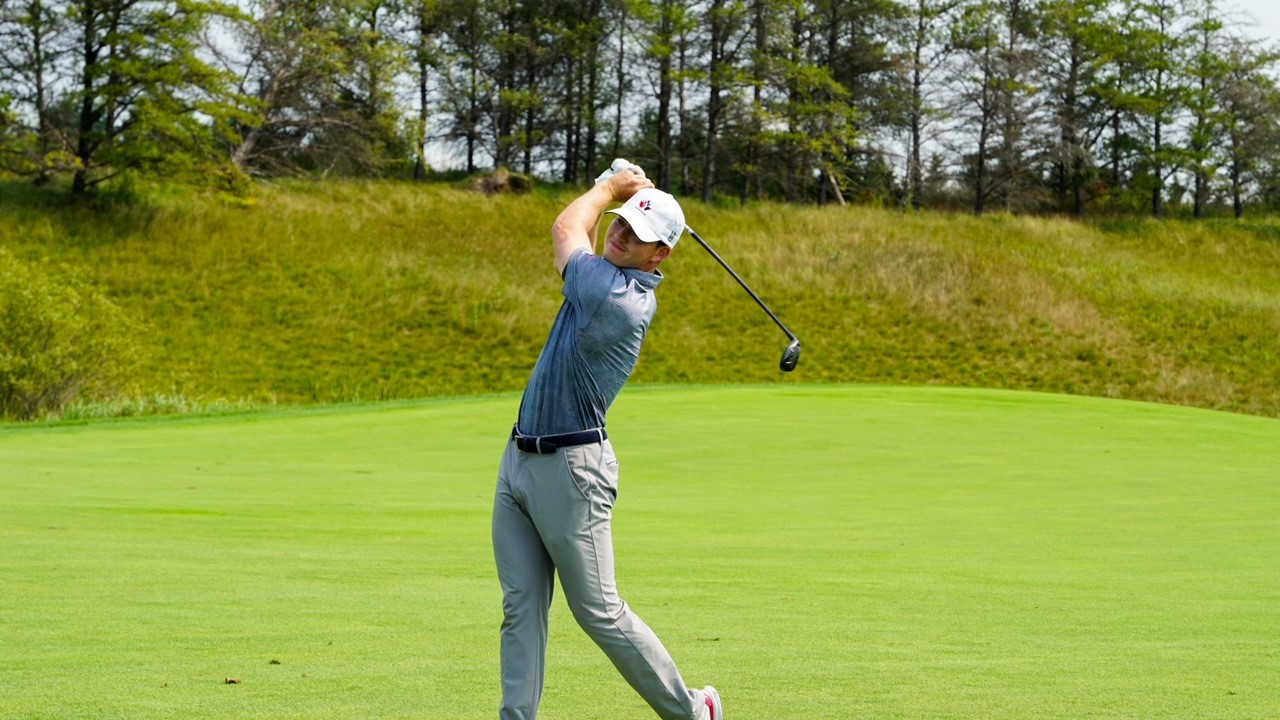 Amateurs leading the pack at the Osprey Valley Open

CALEDON, Ontario —In a field of 144 players, two amateurs are stealing the show after two rounds of the Osprey Valley Open on the Heathlands course at TPC Toronto.

First-round co-leader Noah Steele followed his 66 with a 65 to get to 11-under for the tournament. The 23-year-old from Kingston recorded an eagle and five birdies Friday to take a two-shot lead over fellow amateur Etienne Papineau heading into the weekend.

“I hit the ball nice again—not quite as good as [Thursday]—but I actually made some putts of length, which was nice,” said Steele. “It was nice to convert a few that were 20 to 25 feet to start the day, and then I just kept it going with a couple good iron shots on the back.”

Papineau matched Steele’s second-round total, also shooting a 65, to get to 9-under, moving to second place on the leaderboard.

“Everything was working pretty well,” said the 24-year-old from St-Jean-sur-Richileu, Quebec. “My short game is really good right now, and the long game is really good, as well, so overall I’m just minimizing my mistakes. I’m just taking my opportunities and overall; just a great week so far”

Both players are members of Golf Canada’s National Amateur squad.

“They really provide us with everything we need to learn and grow,” said Steele of the national team. “We’re really lucky to have them, and how we’re playing shows the work and the time that they put into us.”

“It just shows that we belong here,” added Papineau. “It’s just a learning experience for us. We’re going to get better from it, and we’ll grow as players, as well. It’s definitely great to be a part of a great tournament and compete with these great players.”

Evan Holmes is the top professional after two days. He sits alone in third place, at 9-under, while Blair Bursey of Gander, Newfoundland, and a pair of players from Ontario, Cambridge’s Tyson Turchanski and Aurora’s Jacob Lehman are tied for fourth.

· Cambridge, Ontario’s Tyson Turchanski recorded the low round of the day, shooting an 8-under 63. His day included six birdies and an eagle on the par-5 first hole.

· Noah Steele made bogey on No. 8—his 17th hole of the day. It snapped his streak of 34 consecutive bogey-free holes.

· Fifty-six players made the cut, which came at even-par 142.

· In addition to Noah Steele and Etienne Papineau, three additional amateurs made the cut: Ontario’s Jordan Crampton and Cam Kellett, both of London, and Mono’s Cougar Collins, who plays out of TPC Toronto at Osprey Valley.

· Spencer Gates of Fort Erie, Ontario, recorded a slam-dunk eagle on the second hole. His 54-degree wedge shot went straight into the hole from 94 yards.

“I’m just thankful to be in this position, and I’m excited for the next two days.” –Noah Steele on holding the lead after two rounds

“I’ll just take a step back and stick to the process of taking it one shot at a time. I’ll give it all I have, stay patient and I think that will be the key for me.” –Noah Steele on his approach heading into the weekend

“There’s almost no wind. All the par-5s are reachable, so without the wind it’s pretty scoreable.” –Etienne Papineau on the playing conditions