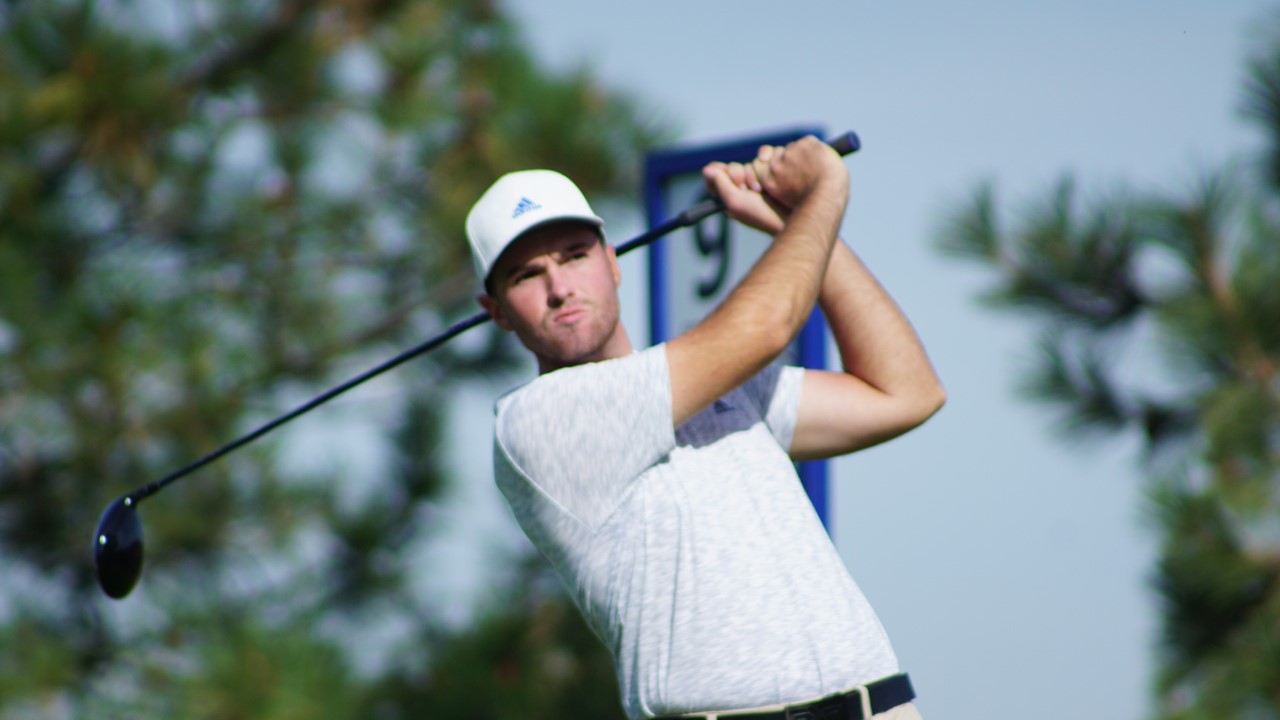 Davison takes the lead in Kelowna

KELOWNA, British Columbia—Friday’s action at the GolfBC Championship at Gallagher’s Canyon Golf Club began with a five-way tie for the lead, but through 54 holes everybody is chasing Callum Davison heading into Saturday’s final round. The Duncan, British Columbia, native shot a 3-under round of 68 to get to 11-under, taking a one-shot lead over Brendan Leonard.

Davison made four birdies on the front nine to set the pace for the day. “On the back nine, I hit (the ball) just as good, probably better, I just didn’t make anything. I missed five putts consecutively from within 10 feet. If I can just make a couple [Saturday], I’ll hopefully have a good result.”

Leonard, of Cambridge, Ontario, signed off on a 2-under round of 69 that featured five birdies.

“It was a pretty good day,” said Leonard. “I just had three sloppy bogeys. On No. 10 I didn’t get rewarded with a good drive, but the other two were just two bad swings. Other than that, it was a pretty solid day.”

Leonard and Davison have both won Mackenzie Tour – PGA TOUR Canada events this season, with Leonard taking home the trophy at the Mackenzie Investments Open in Blainville, and Davison besting the field at the Brudenell River Classic on Prince Edward Island. Davison is third on the Points List, Leonard a spot above him. Both players know that winning a second tournament, will put them in a strong position to lock up the points title, gaining full exemption for the 2022 Mackenzie Tour – PGA TOUR Canada season.

“You have to learn how to win out here,” said Leonard. “[Davison] knows how to do it, and I know how to do it. It’s going to be a good battle. I’m just going to push him as hard as I can and try to make as many birdies as possible to get ahead of him.”

A trio of British Columbia golfers head into the final round tied for third, at 9-under; Coquitlam’s Will Barnett, Zach Olson of Abbotsford and Delta’s Yi Cao, who finished his round holing out for eagle from the 18th fairway.

“Obviously, I’m probably going to stick with my plan,” said Cao on his approach to Saturday’s final round. “Two shots off the lead, anything can happen.”

Three more players are tied for sixth, at 7-under.

“I love being in that spot. I love trying to come from behind and just making as many birdies as I can to put pressure on the guys in front of me.” –Brendan Leonard on entering the final round one shot off the lead

“You just have to put the ball on the right side of the hole out here. If you get it on the wrong side of the hole, you’ve got some slippery little putts to deal with.” –Brendan Leonard on the greens at Gallagher’s Canyon Golf Club

“I just have to continue to play solid golf, and I have to heat up the putter.” –Yi Cao