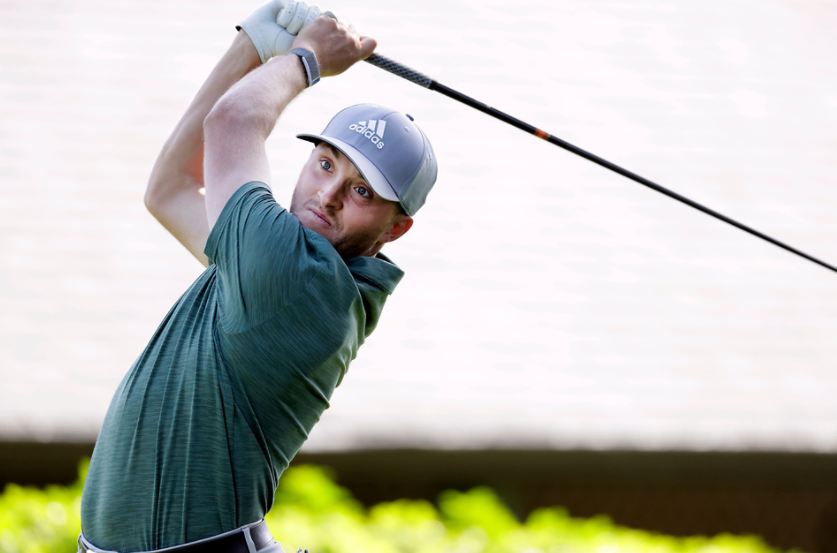 VICTORIA, British Columbia—Blair Bursey shot a bogey-free round of 65 to take the second-round clubhouse lead at the Reliance Properties DCBank Open. After completing his weather-delayed first round in the morning, the Gander, Newfoundland, native recorded five birdies to head into the weekend at 8-under, one shot ahead of Victoria amateur Jeevan Sihota.

“I generated a good amount of looks today,” said Bursey. “I didn’t convert as many as some other days, but I’ll just wait for the law of averages to play out. I just need to continue playing tee to green like I have been and just wait for my run to come.”

A member of the Golf Canada Under-18 national team program, Sihota also shot a 65 in the second round, and like Bursey, the clean scorecard featured five birdies.

A pair of Ontario golfers are lurking near the top of the leaderboard. Oshweken’s Jesse Smith is in the clubhouse at 6-under, thanks to a 65 of his own, while Craig Stefureak of Caledonia sits at 5-under after recording a 2-under round of 68.

“I’m sick and tired of top-10s. I want to win this week,” added Stefureak who elected to hit driver on the reachable par-4, No. 10. “I was able to hit it to about 15 feet and roll that one in for eagle. That felt good, and hopefully it sets me up for a good push on the weekend.”

Round-one leader Marc Casullo of Aurora, Ontario, completed nine holes in his second round before officials suspended play due to darkness. He sits at 6-under, three shots off the lead.”

The second round will resume Saturday at 7:45 a.m. PDT, with the third round set to begin at approximately 11:15 a.m.

“I’ve got a job to do, and if I do that job well, then all the other stuff will work out.” –Blair Bursey, currently in sixth place on the Points List, on trying to finish in the top five

“That was awesome. I can’t even explain how much that helps, especially for me. I like the crowds. It’s awesome, I love it.” –Victoria native Jeevan Sihota on playing in front of the hometown gallery

“We knew we had 29 holes to play today, so it’s all about trying to stay with it and getting the momentum going in the right direction. I was able to do that pretty early on and make a couple of birdies.” –Craig Stefureak

“The greens are so pure out here. Anytime you can play on these greens, without footprints, it’s really nice. The course is always in great condition here.” –Jesse Smith on Uplands Golf Club